Today was supposed to be an easy workout day. All I had planned to do was a simple (or so I thought) yoga class.
At some point during my day I got bored and REALLY wanted to go running. But I am really trying to not to do too much too soon, which I always do. You see, I kind of have an addictive personality. When I get interested in something I become OBSESSED! In the past this has caused me a lot of pain and usually results in me giving up on my venture to become a runner. So in an effort to avoid this issue, I decided to go spinning.

I was dreading it a bit because I find it to be a bit torturous. So I gave in to another addiction: Vodka. 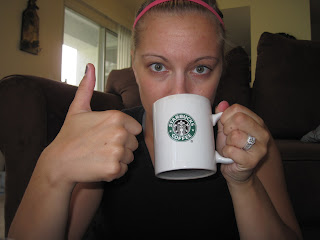 Just kidding, it was just some coffee.
After the coffee, the neurons in my brain started firing and I had a bright idea.  I would bike to the spin class. It was, after all, a good warm-up. Very good idea... more on this later.

Spin class was AWESOME! I am really noticing a change in my cardiovascular system. Boy was I sweaty!! I had an hour in between spin and yoga so i did a little stretching and then relaxed sweated like crazy in the sauna. It has been a sweatastic day! 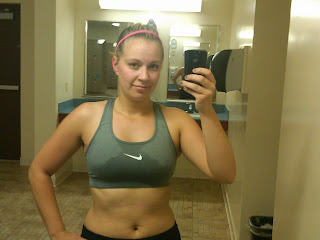 So I was totally psyched about yoga... then class started :( It was a super small class today so the instructor spent a lot of time praising correcting our stellar crappy form. Her main target: ME. I'm not so limber. I nearly fell on my face, luckily she caught me. In the end it was a good stretch i suppose, but not as enjoyable as I had anticipated it to be. 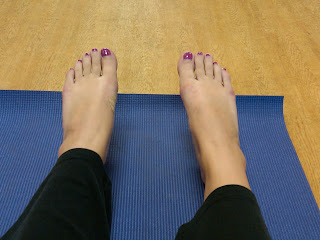 Now, back to the wonderful idea that was not so wonderful. Remember 3 hours before when I had that great idea to ride my bike to spin class??? Well by the end of yoga, a crazy storm had started and it was hailing!!! Luckily a nice stranger let me put my bike in the back of her car and gave me a ride home. Yes, I said a stranger gave me a ride. Don't worry I'm safe.

What is with this weather?? Don't I live in sunny California?

What's the worst weather you have been caught in while out for a run or ride?

Posted by Heather Elliott @ the desire to run at 8:47 PM